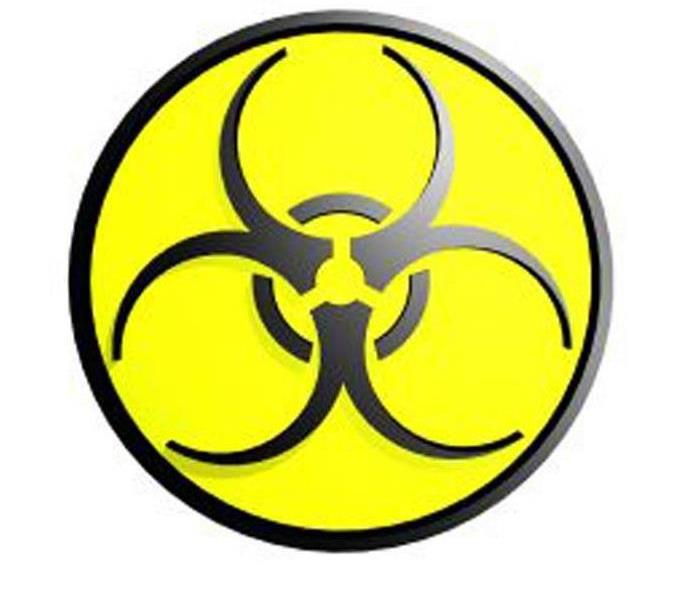 Many people don’t realize how common biohazards are. It sounds like something that may only happen at old industrial sites or where people are not sensitive to the environment. But this is a misperception. Biohazards include fairly frequent occurrences like sewer backups and flood water damage. Biohazards affect tens of thousands of homes and businesses every year.

For your health and safety, consider biohazard contaminants very dangerous. SERVPRO ENC has the training, protective gear, and specialized equipment necessary to safely clean and restore your home or business from nearly all biohazard contamination.

Be Safe After A Biohazard Contamination
After a sewer backup, flood water damage, or other biohazard contamination, think about whether it’s safe to return to your house or business. Being exposed to biological or chemical contaminants can pose serious health risks. Flood waters usually contain biohazards like pesticides, sewage, and other contaminants. If you’re not certain your activity is safe to perform do not take the risk.

What To Do After A Biohazard Contamination
•    Stay out of affected areas.
•    Call emergency service personnel if the situation may be life-threatening.
•    Treat all bodily fluids as if they are contaminated.
•    Turn off the HVAC system if there is sewage damage.